We continually strive to exceed expectations by ensuring that each plumbing repair is completed correctly. Our commitment to assuring the full satisfaction of our clients is something that we take great pride in.

When planning your next plumbing repair or maintenance project, rely on a company that offers unparalleled knowledge, experience and expertise. Contact us today to learn more about what sets us apart from the competition. We look forward to the opportunity to serve you!

In 1979, Les Giese learned about the latest trend in the housing market: Condominiums. On his own, he learned as much as he could about these new residential dwellings and officially began a Condo Management company in 1981. After a few years, Les realized that the Assocations were spending a lot of money on basic maintenance. To combat this expense, Les added Maintenance to the name and Condo Management Maintenance Corp (CMMC) was born.

Over time the business continued to evolve, especially once Les married Anne Thornton in 1986. Seeing the potential in Les’s business, Anne decided to leave her career in telecommunications and focus on growing their business ventures.

Plumbing was added to the line-up in 2004, again in response to customer feedback at the condos. They would call asking if we provided plumbing services and so we decided to listen and add the division. Shortly after, we added Remodeling services for the same reason.

MSI Plumbing & Remodeling is a local, woman owned and operated business. We answer the phone and always return voicemails. To us, customers are the most important part of our business and we pride ourselves on having a history of listening to our customers and adapting to their needs.

our customers are the most important part of our business… 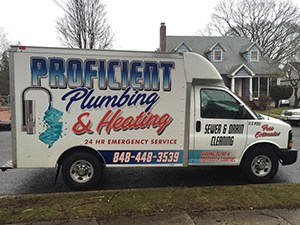 Serving Monmouth and Ocean County, Proficient Plumbing & Heating has established itself as the premier company in the plumbing and heating service industry.  Founded in 2010 by CEO, Paul Wylam, this family run business has made customer service its first priority by exceeding expectations with fast and reliable service, free estimates and 24 hour emergency service 7 days a week.

We are fully insured and employ only professional and experienced plumbers, and are so confident that you will be pleased with our services, that we 100% guarantee our work and provide a one year warranty on parts and labor.  We understand with the difficult times that face today’s economy that it’s important to feel confident that you are getting the best results for your money. Therefore we offer the most competitive prices up front, so our customers know the prices before the job starts, not after!

There is no issue too big or small for Proficient Plumbing and Heating! We take great pride in our work and look forward to working with you. Contact us today!

Don’t suffer with inadequate plumbing in your home. The experienced plumbers at Cherry Hill Plumbing handle all types of residential plumbing problems, including sewer and drain cleaning. From a simple sink and faucet installation to complete replacement or repair of your pipes. We can complete the job quickly and accurately.

Cherry Hill Plumbing offers high quality, competitively priced plumbing repairs and services. Our company guarantees that you will be 100% satisfied with our excellent customer service and all services rendered. We have experienced no commision plumbers taking care of you and your home.

What Sets Us Apart

We are strongly committed to building lasting relationships with our customers, vendors and other small businesses in the community. We strive to provide the best service and experience for all our customer needs. We provide service for both residential and commercial projects, with friendly and knowledgeable staff, and an experience that is second to none in the industry. Allow us to help with your next plumbing or heating need, and we will show you why we’re the best in Nutley, NJ!

If you are looking for a professional plumbing contractor in Nutley, NJ, you can trust DB Plumbing & Heating. We are firmly committed to building long-lasting relationships with our customers, and we aim to deliver the best service and experience for all our clients’ needs.

We back that up with a 100% satisfaction guarantee and warranties on all products and services we sell. Our professional plumber in Nutley, NJ is fully accredited, certified, and has the expertise and training to fix or install your equipment right the first time.

Our unique approach to solving the most challenging design solutions and plumbing problems makes us stand out in this industry. Whether you need a new water heater repair service in Nutley, NJ or plumbing repair maintenance services in Nutley, NJ, we make sure to fulfill your needs and exceed your expectations.

Do you need boiler repair services in Nutley, NJ? How do you know when your boiler needs replacing? Our expert engineers are ready to assist you with important boiler repair and service.

Boiler safety is one of our top priorities. Our professionals undergo thorough training and instruction in proper safety protocols, and we use state-of-the-art technology and the latest boiler maintenance tips to diagnose and optimize your equipment.

A damaged or malfunctioning boiler can add costs, affect other key processes, or cause an unsafe situation, so rely on us for emergency boiler maintenance in Nutley, NJ.

DB Plumbing & Heating is your trusted expert on home plumbing installation and repair. We offer the highest quality service and meet all your plumbing, HVAC, and indoor air quality needs. Call us today for a free on-site estimate.

The Polite Plumber is a third generation family owned and operated residential plumbing service company located in Ledgewood NJ. Established in 1948, we service a 20-mile radius of Lake Hopatcong in New Jersey in order to really know our customers well. Our owner and service manager, Willy, and his wife, Kathy, stay grounded in the principals his father and grandfather instilled over the years. Hard work and honesty is what he expects of himself and his team. 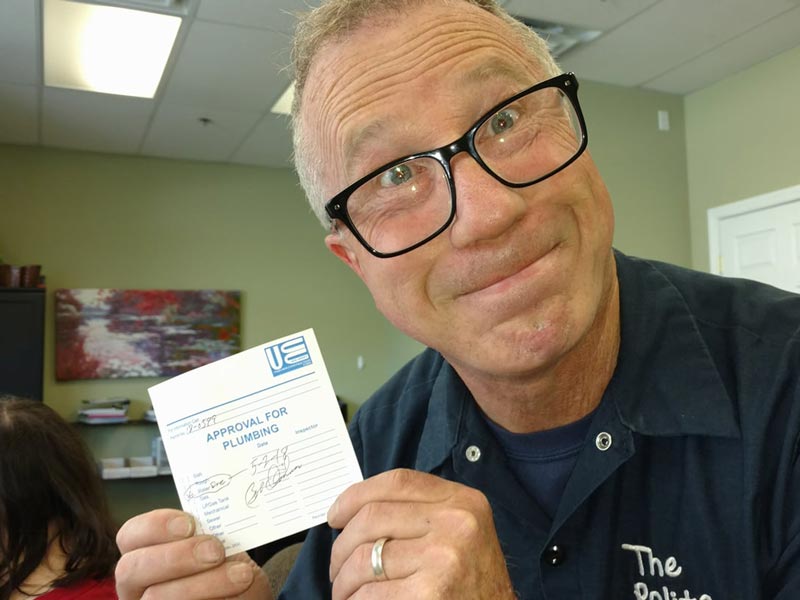 Through the years many people have asked us about the name “The Polite Plumber.” Our owner’s wife, Kathy, insists the name was earned from the 60 years worth of compliments given to Willy, his father and his grandfather. Each generation gave gentle, fair and polite customer service. Willy, however, thinks that the name represents an ideal standard for great customer service.

Regardless of who you believe, we want our customers to feel at peace when they call for our help. We guarantee that you will always have attentive, personal service, and direct access to the owner if the need arises. We want our name to remind you that we offer:

Upfront pricing so you know the price before we start – no surprises!

24/7 availability to handle your emergencies.

Pruzansky Plumbing was identified as one of the Best Plumbers in Jersey City and is published on Expertise.com and will be promoted throughout 2022.

Struggling with clogged drains or low water pressure? Time to replace an aging water heater? Garon T Plumbing has you covered! As your trusted Brick Township plumbing company, we’re here for all of your plumbing needs.

As homeowners ourselves, we at Garon T Plumbing understand how difficult it is to deal with plumbing problems and the importance of addressing them as soon as they arise. We are committed to resolving your plumbing issues as quickly as possible and do everything in our power to make sure we are available when our customers need us.

At Garon T Plumbing, we’re committed to your satisfaction with every job we carry out. Whether you’ve worked with us one time or have been a customer for many years, you can rest assured knowing that we’ll provide you with the same friendly and hassle-free service.

Your safety has always been our top priority! Our professional plumbers take precautions to protect you and your home. We always wear masks and gloves while working in your home and tidy up the work area once we’ve solved your plumbing problem.

We are local plumbers that have been serving the Burlington County area for over 30 years. Whether you need a simple faucet installation or complete sewer line replacement, we offer a wide range of residential and commercial plumbing services to meet your needs. We specialize in drain cleaning and sewer replacement.

We strive to exceed expectations by ensuring that all plumbing work is completed to the highest standards.  We follow all proper plumbing codes in your area and make sure the job is done right the first time.

We serve both residential and commercial clients. We combine our use of the highest quality parts and equipment, and our dedication to delivering exceptional work to provide you with satisfactory service.